Home Care Homes Care Services About Us News Contact Us

We welcome your enquiry or feedback, whether to ask a question or help us to improve our services, or to pass on thanks to our staff, or indeed to pass on any general comments that you have. Please click on one of the links below to go to the relevant form.

Plans by a care home to celebrate the Queen’s 90th birthday have been given a royal seal of approval. Residents and staff at Baylham Care Centre, near Needham Market, knew it was a long shot when they invited the monarch to be guest of honour at the party being organised in her honour on June 17.

They were surprised and delighted when a reply came back from Windsor Castle saying that, while Her Majesty would have to turn down the invitation to sit down with them for high tea, she wished them an enjoyable time. In the letter of invitation, prompted by resident Iris Pontet, the residents described themselves as ‘your loyal servants’. Derek Jaggard said he wanted to express to the Queen how ‘amazing you are to be as mobile as you are’ while Ruby Blowers said: “Our Queen is such a wonderful lady.”

Writing on behalf of Her Majesty, Lady-in-Waiting Jennifer Gordon Lennox said the Queen had been very interested to hear of what was being planned to mark her 90th year. The letter said: “Her Majesty greatly appreciates your good wishes and supportive comments at this time and The Queen was interested to hear about the special event you have planned for June 17.”

Manager at Baylham Care Centre, Sandie Oxborrow said: “Everyone was delighted, they are really pleased. In addition to high tea, the party will include entertainment with music and dance from the 1940’s and 50’s. The letter from Windsor Castle is being exhibited in the foyer of Baylham Care Centre surrounded by a patriotic display.

Residents will also take part in a fund-raising ‘cycle’ ride from Land’s End to John O’Groats, starting in early June. They will use two exercise cycles and a hand operated exercise bike to cover the 847 mile route without leaving Suffolk. The event is in aid of the Stroke Association and British Heart Foundation. 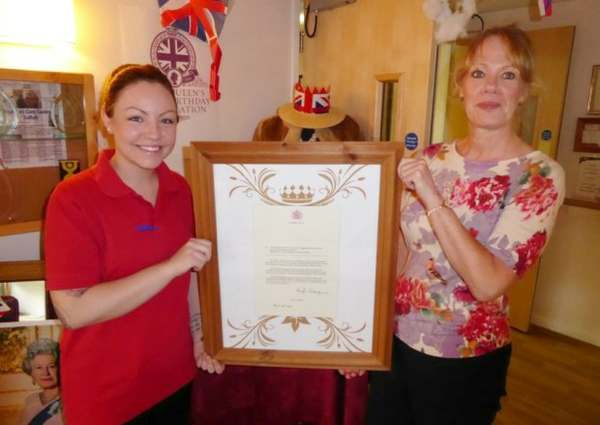 Staff with The Royal Seal of Approval 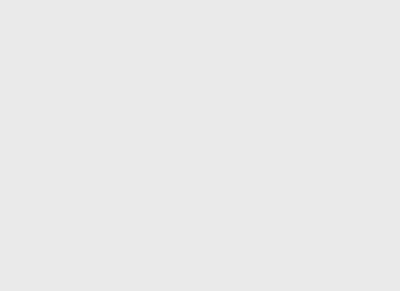 given Royal Seal of

“We felt really honoured to be awarded the Winner

and to be invited to this year’s launch afternoon tea.

It is an excellent opportunity for the amazing individuals, care providers and care companies, who do the crucial job of caring for the elderly in Suffolk, to be able to showcase some of our Best Practice and be recognised as amazing ‘Shining Lights’. Said Sandie Oxborrow, Registered Manager of Baylham Care Centre. 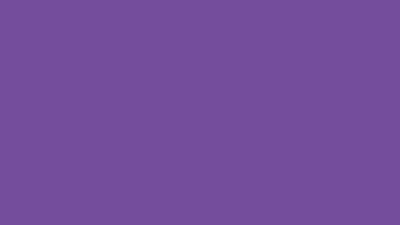 Invited to the launch of

“We wanted to pass on how much they appreciated

the quality of care and attention to detail, nothing is too much trouble for Jackie. We trusted her and she was competent to look after our mother”

“I just wanted Jackie to know it was so nice of her to buy gifts for Lynn on behalf of Ryan, and for Rosie on behalf of Graham for Valentine's day. It’s the little things in life that make a difference and you have made a difference

to them. Thank you for being such a kind person”. The other nominees were:

“Joby has always been so lovely towards our mum, she always goes above and beyond. Our mum’s face would always light up when she heard Joby”

“It was lovely to see Caitlin massaging our mum’s legs and hands, this made our mum so peaceful. She spent at least 20 mins with her, this made us feel that our mum was really loved ”

“Jill has developed some lovely activity sessions this month. Especially her Moroccan themed afternoon, with photographs, artefacts and nibbles from Morocco ” 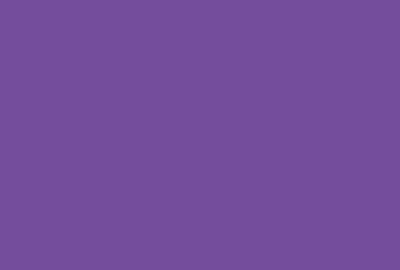 The care centre’s wide range of therapists and innovative design, including its unique replica of an old fashioned village green complete with shops and train station, won praise from the judging panel.

Director David Fairburn said: “This is another fantastic achievement for Baylham Care Centre, and credit must go to all the staff who make these awards possible.  It is their tireless work and dedication which puts Baylham at the forefront of specialist dementia care in Suffolk.  Congratulations to everyone!” The full list of award winners can be found here. 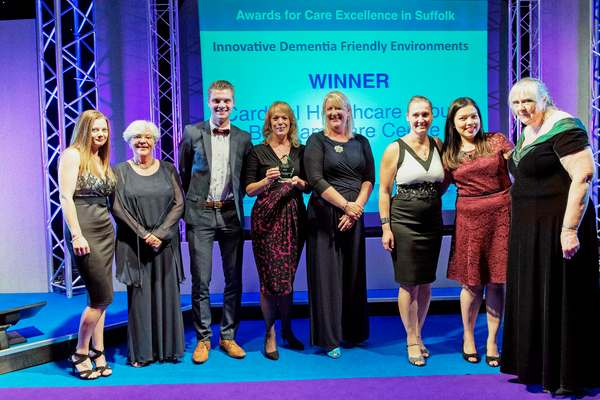 On Tuesday, residents discussed and listened to a variety of music in the morning, bringing back memories of good times shared! In the afternoon, many residents enjoyed listening to and singing along with Ricochet, a 3 piece band who sang a selection of songs from the 1940’s-1960’s.

On Wednesday, residents looked at a box of artefacts from the Museum of East Anglian Life, named Wartime and Homefront. Residents reminisced over the army jacket, nylon stockings, ARP helmet, tin mug, war time posters etc. One gentlemen said he would not like to drink out of a tin mug now, whilst looking at how it had rusted. Many of the ladies commented on how they remembered wearing nylon stockings and having to keep the seams straight. In the afternoon many of the residents enjoyed a competitive game of bingo!

On Thursday afternoon Jenny’s Ark came to visit the home, they bought a selection of animals ranging from fluffy rabbits to slimy snakes! Stroking Guinea pigs and rabbits proved most therapeutic with many people reluctant to give the animals back! One animal lover enjoyed stroking the bearded dragon and gecko which she had never had the opportunity before to handle in her 92 years!

On Friday staff dressed up in 1940’s fashions which many of the residents commented on. Poster displays of 1940’s homes, fashion and food were hanging throughout the building. 1940’s artefacts of clothing and food were available for residents to handle. Postcards of the 1940’s were discussed in small groups. Residents also participated in a cooking session of decorating cakes and biscuits ready for the afternoon. In the afternoon, residents enjoyed tea, coffee and cakes with family and friends whilst discussing the events of the week.

The Dementia Awareness week was planned to encourage residents to use all of their senses; of touch, sight, hearing, taste and smell. Also, bringing people into the building with expertise to widen the resident’s experiences and interests.

Public health officials in Suffolk are being urged to make the care of people with dementia one of their priorities, as new figures predict an extra 3,500 people will be living with the condition over the next decade.

A number of initiatives and projects are in place to support sufferers and their families, but a new report has suggested there is still more that can be done. The document, due to be discussed by Suffolk’s health and wellbeing board next week, sets out the aim of making the county “dementia friendly”, helping people with dementia feel safe and healthy.

It comes as latest figures estimate there are just under 12,000 people in Suffolk living with the condition, which causes memory loss and impaired judgement. By 2024, this figure is expected to jump 33% to more than 15,900. 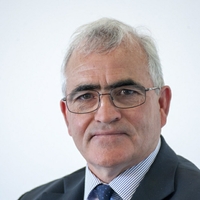 Alan Murray, county council cabinet member for health and adult care, said the figures have led to the issue being a key priority for the board. He added: “There are already plenty of positive examples where we are working with Suffolk communities to support people affected by the condition, from family carers to those who have been diagnosed with dementia including the Hadleigh Dementia Action Alliance working towards a dementia friendly Hadleigh, and the well-established Debenham Project (for family carers of dementia sufferers). “Our vision is to become a dementia friendly county, which means providing the best possible care and support, and helping people to live well with dementia for as long as possible, ultimately avoiding admission to hospital and residential care.”

The new report has highlighted the work done by organisations such as the Dementia Project, which comprises of Age UK Suffolk, Suffolk Family Carers and Sue Ryder, to provide early support. It has also stated that the board can provide leadership, support and assistance to the development of dementia-friendly communities, a move widely welcomed by organisations working with sufferers.

Jo Marshall, centre director at Ipswich’s Sue Ryder The Chantry, said: “It is an absolutely devastating condition. I think a lot of people feel very frightened and can feel very isolated. It doesn’t just affect the person with the condition, it affects the carer and the people around that person.”

She added: “We know from the demographics that there is going to be a huge increase in the numbers that need this support. I would certainly welcome this commitment and I am sure it will be welcomed by other charities as well.”

As well as various support groups, a number of other projects have been launched in recent years. One of the most publicised initiatives recently was a 50’s style village being set up in the grounds of Baylham Care Centre. 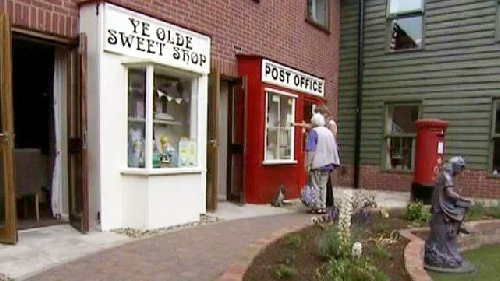 A replica village high street has been built at a care home in Suffolk for people suffering with dementia to help bring back some of their memories.

The village green with replica shops is at Baylham Care Centre between Ipswich and Needham Market. Shops include a post office, butchers, a sweet shop and a greengrocers.

Manager Sandie Oxborrow said reminiscing about the past was important when dealing with dementia. The care centre's aim was to establish a familiar village green setting that many patients could relate to.

Sophie Mundy won the Homecare Coordinator of the year for the entire Eastern Region. Sophie’s success comes off the back of Primary Homecare’s recent triumph winning the prestigious Care Service of the Year at the Suffolk Care Awards 2018.

Baylham Care Centre also had its own success, with Sandie Oxborrow winning the Registered Manager of the Year Award for the entire Eastern Region at the Great British Care Awards. With 9 other finalists at the awards, including for sister company Barham Care Centre, we are all extremely proud of everyone at Cardinal Healthcare for their achievements which are thoroughly deserved.